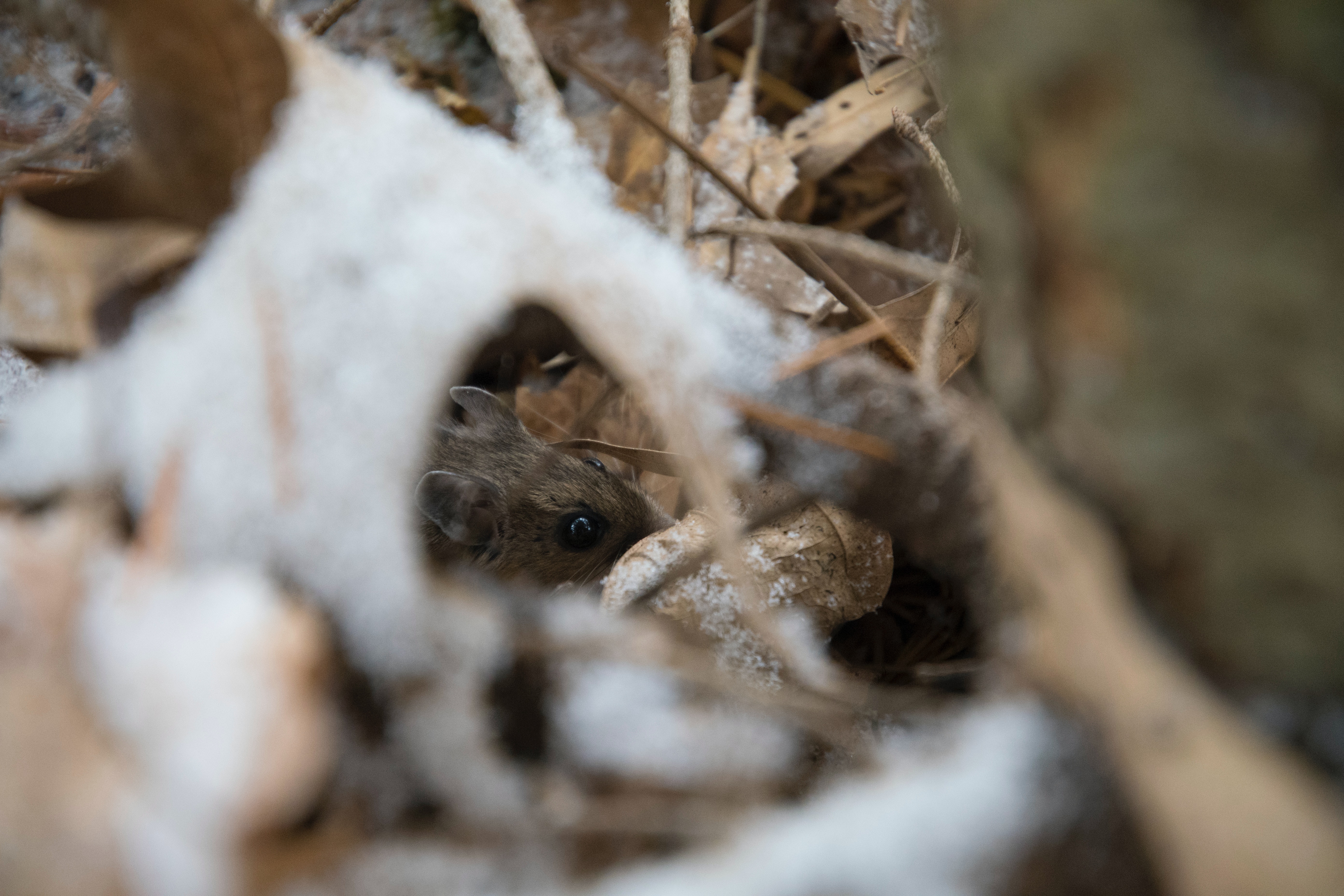 A Funny Encounter with ROUS's

My grandmother had a jungle in her backyard. Well, not really, but she had enough plant and animal life back there to make one. My mom used to say it was because she was a little old lady from the countryside of Japan, and when many of them move to the States, it’s almost a requirement for country Japanese ladies to have some form of garden/miniature farm in their backyard. Well, my grandmother had a very wide variety of vegetation in that backyard. Seriously. She had grapes, tomatoes, roses, cucumbers, eggplants, more roses, tangerines, even more roses, and once I even found a giant orange pumpkin out there. But the most “jungle-y” part of her yard was the fenced in corner where an orange tree and two giant avocado trees reigned. She had fenced this part of the yard off (complete with a lockable gate) in order to keep the wildlife, which included my brother, cousins and I, from climbing the trees and eating her precious produce. While this homemade wood and wire fence worked on the obedient children, the other critters weren’t as compliant, and there were quite a few of them too.

There was Buddy, the Golden Retriever-Lab mix, who used to dig his way under the fence and then dig more holes in the little tree enclosure, holes which my poor grandmother would later trip on due to the fact that they were hidden beneath a layer of dead leaves. Then there was Hard-Hat, the desert turtle who is probably over 500 years old by now and, despite his age, would dig under the fence or use Buddy’s ready-made paths and then bury himself beneath the leaves to sleep, which would also cause my poor grandmother to trip. After many happy years of digging holes, Buddy passed away and eventually a beautiful feral calico cat hopped the fences into my grandmother’s yard, mewing for food, which my grandmother gave her, believing that calico cats were good luck, and then named her Mii. And it was Mii that helped bring to my attention the other critters that crawled around in that jungle of a yard and from whom this post is named after.

I discovered (or became aware of these creatures) one very late evening when my mom and I paid one of our nearly daily visits to my grandmother. On this visit, my grandmother had lost her timorous and strictly indoor cat, another calico named Miki who had been a kitten during Buddy’s time. Even though this cat is terrified of her own shadow and runs anytime anyone opens any of the doors that lead outside, my mother thought it might be a good idea for me to check outside to see if she had possibly ventured out when my grandmother was watering. So armed with a flashlight, I headed out into the backyard to search through the jungle. Immediately after I stepped onto the porch area by the back door, Mii came running up to me, mewing and purring. I bent down to pet her and nearly jumped smack into the back door when I did. Most, if not all, of her nose had been torn off, so you could see her front teeth and her mouth, making her look like a deranged “zombie cat.” She was fine, but to further describe how scary this cat now looked, my uncle told me later that when his ten-year-old niece stopped by something along the lines of this occurred:

Anyway that’s how terrifying Mii looked, poor thing. Back to the original story, so I saw her face, figured she had just gotten into a messy fight with another cat, not even considering that something else might have done that, and continued on my search with Mii mewing from the safety of the porch and its light. I stumbled in between my grandmother’s rows of vegetation, scanning with my light and stupidly crying out, “Miiiiiikiiii! Here kitty, kitty!” when my light finally caught a pair of eyes staring at me:

Me: Miki! There you are, you silly kitty! Come on, let’s go back inside!

Me: Come on, Miki! Come here, you silly kitty!

In response to that last statement, the pair of eyes lifted a rather long white nose that sniffed the air.

Me: Well….you’re certainly not Miki. *nervous laughter* I’m just going to slowly back away now.

At this point, I had begun to turn to start my sprint towards the back door, when my light fell upon a giant furry rear with a long hairless tail hustling into one of my grandmother’s vegetable patches. Now when I say giant, I mean, as I tried to explain to my mother after I ran back into the house screaming my head off, giant. The one I saw that night had to have been at least the size of an 8-year-old child on steroids and equally as terrifying. In fact, the creature I witnessed was so large and frightening that I am inclined to believe that it was not a possum but in fact, an ROUS.

What is an ROUS you might ask? ROUS is an abbreviation for “Rodents of Unusual Size,” and these creatures are most famous for their appearance in William Goldman’s novel The Princess Bride (and eventually Rob Reiner’s film adaptation seen below).

Basically, an ROUS is a fearsome, brobdingnagian rat that (due to its size) is capable of devouring a human being as well as brutally maiming adorable cats.

And my grandmother was inadvertently breeding these creatures in her backyard.

Now, I know you must be rolling your eyes in disbelief at this point. Particularly since I do not have any evidence other than my somewhat ridiculous story. At some point, when I have gotten over my new fear of that jungle of a backyard, I will brave it again and take some photos of these beasts. But in the meantime, I would simply like to say I think my grandmother’s neighbors might want to consider building higher fences of a rather sturdy material.