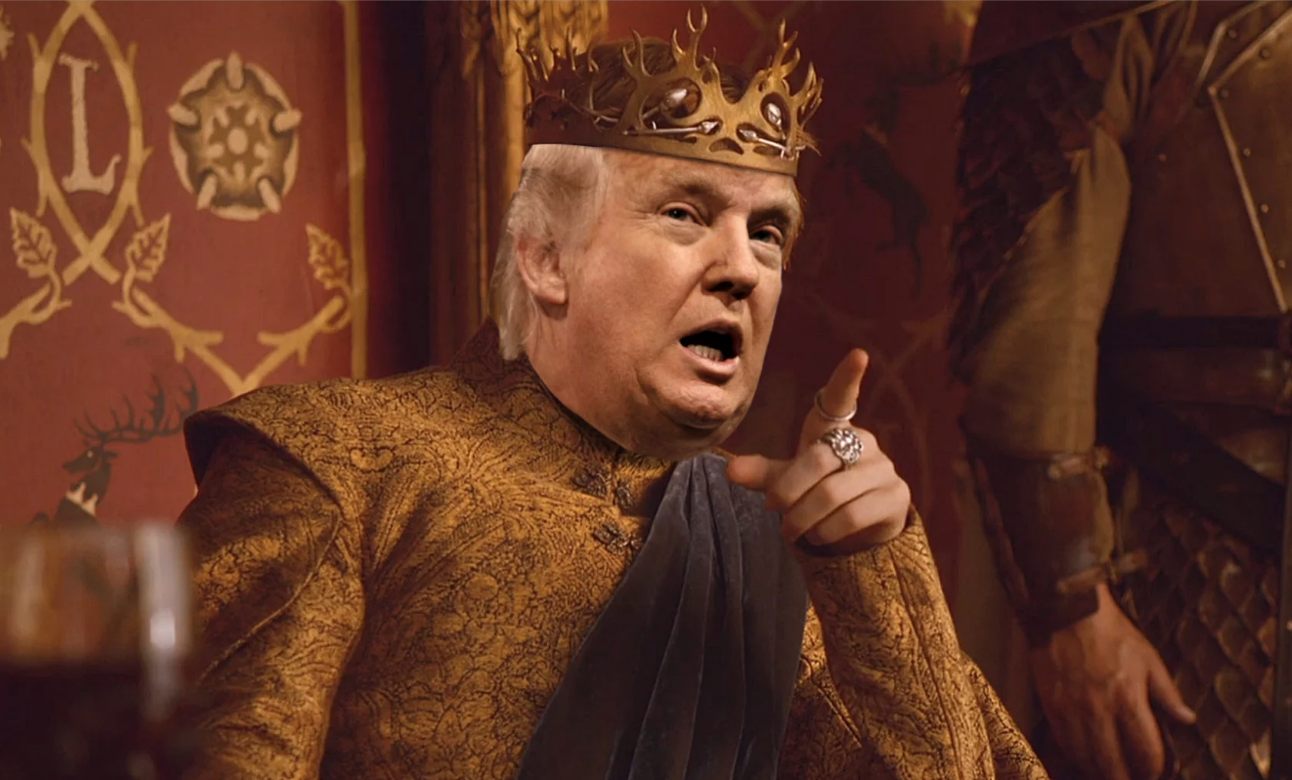 Late-Night Ramblings of an Anxious Person: How Donald Trump is the Worst Lannister Ever

And yes, I’m including Joffrey in that list. Oh and *SPOILERS* below.

So like, I know Game of Thrones was “so 2019” (yeah, that horrible season finale happened only ONE YEAR ago), but my anxiety-induced sleep deprivation led to some amusing GoT-themed thought rambles that concluded with how Donald Trump is the worst Lannister ever.

Just hear me out for a second.

It started with Joe Biden’s nearly daily warnings of the scarily approaching “dark winter,” which I really think would have more impact if he had Ned Stark’s northern accent.

So the whole “winter is coming” got me thinking about the whole second/third wave of COVID, which made me think of white walkers and the Night King, particularly this scene:

You know, the one where after the Night’s Watch fights off that first batch of wights and then this smug guy raises a bunch of new ones, and then Jon Snow has this reaction:

Basically, it’s when everyone thinks, “OH FUCK.” Well, everyone like the Night’s Watch and the wildlings, you know, the EXPERTS when it comes to white walkers and wights. Everyone else who didn’t encounter them (*ahem* Cersei Lannister and all the Southern folk) didn’t think they existed/were even much of a threat until the experts brought one back in a box to prove the stupid things even existed.

And even then, Cersei Lannister didn’t want to do anything about it. Seeing the parallel yet?

And that got my depressed brain to think, “Oh hey, we’re basically living under a Lannister reign...except he’s dumb. Like really dumb.” At least Cersei was kind of a badass, and Joffrey at worst was annoying. And from what Mary Trump writes about her family, the dynamics certainly sound like they were crafted by George R.R. Martin for his infamous conniving golden-haired family.

Plus, in classic Lannister style, pretty much all of Trump’s decisions while in office have adversely impacted BIPOC and other marginalized folks, just like how all of Cersei’s decisions as queen were to benefit her and not her marginalized subjects of Kings Landing who we almost never see, pretty much guaranteeing that they’re BIPOC because systemic racism, duh. Also, how many times have we heard Trump insinuate that he wants to sleep with his daughter? Sounds like classic Lannister behavior to me...

At this point, my depressed brain also realized how similar Pence and the guy who played Qyburn look.

I mean, they’re both emotionless fanatics who would never have lunch with a woman who wasn’t their wife/queen. The only difference I see between the two is that Qyburn’s fanaticism was at least rooted in science/magic, which let’s face it is way cooler than some imaginary “divine” being. I can’t be the only one who sees it, right??? (Please somebody with Photoshop skills make a Qyburn-Pence meme for me!!!)

Anyway, in my mind, Donald Trump might as well be Donald Lannister, and I’m half expecting him to tweet any day how he’s got some “big beautiful dragon of a vaccine” on the way to save us all from the cold hands of COVID Plague King when he’s not busy insisting he’ll still be president next year.

So since we have the most incompetent Lannister and Co. in the White House right now and we have to wait two months for another old white guy, whose name we can’t remember because there are just too many of them over in D.C., to try and lead us out of the Long Night, can we PLEASE remember that “the lone wolf dies but the pack survives,” avoid social gatherings, and WEAR A GODDAMN MASK????

But hey, I guess a “madman sees what he sees,” and I’ll go put myself back in my straight jacket now. K, thanks, and...

Featured image from Donald Trump and Game of Thrones, parody by Jason Reed.