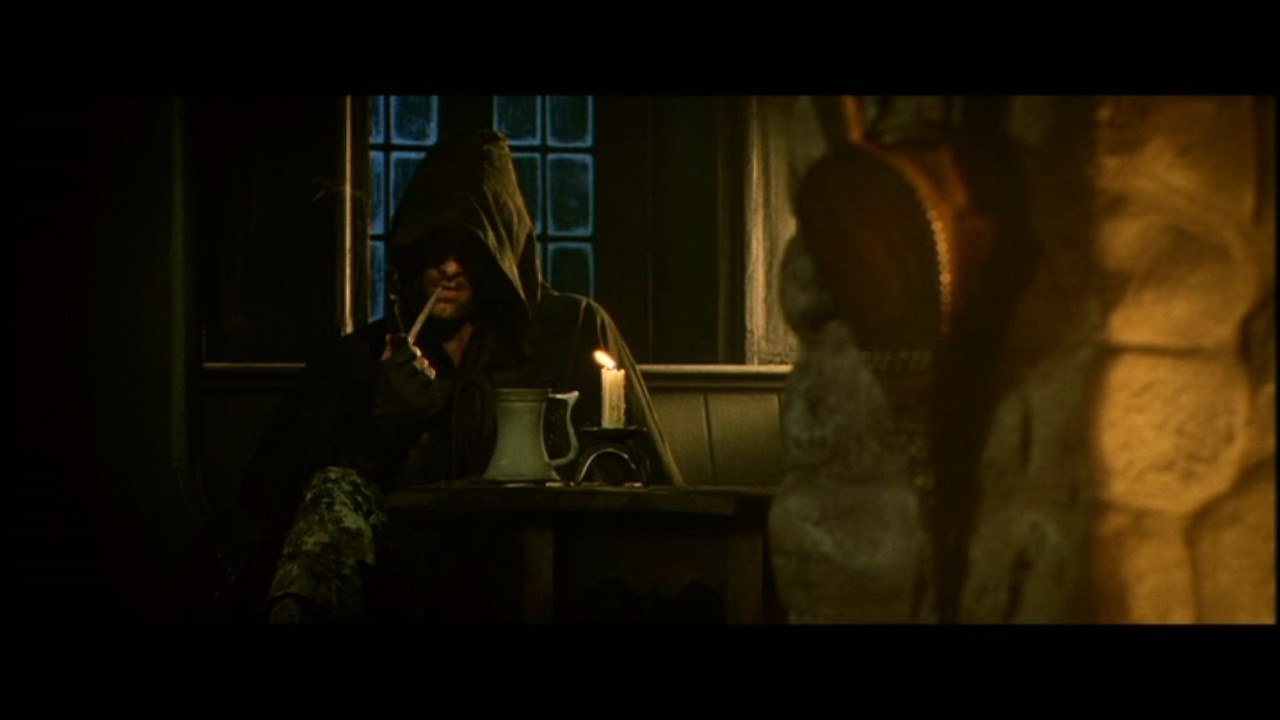 Late-Night Ramblings of an Insomniac: What if Aragorn was Black?

Where I imagine an ethnically diverse Middle-earth.

During this particular sleepless night, I remembered a conversation I had a long time ago with a group of friends where I declared, “I think there should be Asian and Black hobbits in the films. It’s a fantasy world after all. I don’t see why we can’t!” My Black friend laughed along with me and heartily agreed, while our white friend solemnly spoke up, “Hobbits are supposed to be white; it’s what Tolkien wanted. ”

Now I’m not here to argue about how film adaptations should or shouldn’t stray from their source material, or how racist or not racist Tolkien was. I enjoy reading Tolkien’s works with a critical eye, and I think they do offer one (let’s face it: fairly privileged white male’s) viewpoint of the world and events of his time. But I think Tolkien left many, if not all, of his characters kind of…well…blank, making them perfect canvases for reinterpretation.

For me, The Lord of the Rings trilogy, its appendices, The Silmarillion, and even The Hobbit focus more on the story of Middle-earth and surrounding realms rather than its inhabitants. Don’t get me wrong; the various races and creatures of Middle-earth do play an important role, but the stories always seem to focus more on broad ideals and values like friendship, love, courage, and unity rather than a particular individual’s psyche and their development. The major characters seem to be more like the embodiment of characteristics rather than actual physical characters. And I think that leaves a golden opportunity for an adaptation where all the creatures of Middle-earth have added complexity and individuality, which could further amplify Tolkien’s message of the importance of those values I mentioned before.

And the possibility of an adaptation with complex characters led me to wonder: What if the elves were Indigenous people? What if hobbits, the representations of “ordinary folk,” were ethnically diverse? And what if Aragorn was Black?

What if in this adaptation, Sauron’s corruption and quest for power mirrored what we’ve seen with colonialism and “manifest destiny?” What if the corrupted creatures in Sauron’s employ became orcs, goblins, and trolls because they gave into deeply buried fears and racist perspectives they didn’t want to confront?

All jokes aside, I don’t think it’s impossible to envision Tolkien’s characters under different racial, ethnic, and cultural lenses, even if, as my white friend pointed out all those years ago, he didn’t want it to be so. For example, I think Aragorn’s story, a ranger chieftain descended from Númenoreans who fled persecution by Sauron’s corrupted, carrying his ancestors’ trauma that led to the eventual loss of their people’s culture, can be modified to better reflect a Black American’s experience of ancestral enslavement, persecution, marginalization, and cultural trauma by a white racist system. I can also see aspects of Aragorn’s journey to unify all the races of Middle-earth to defeat the evil threatening to destroy all of them in today’s civil rights and BLM movements. There are certainly differences between Aragorn’s story (Tolkien did write him from a white man’s perspective after all) and what a Black person experiences, but I still think there’s so much potential and power in reimagining Aragorn as Black, and I would love to see what a Black author/creative could do with it.

Of course, I realize that with Amazon’s upcoming production of an LOTR series, it may be a while before I get to see an ethnically diverse Middle-earth on screen. I still think it’s important though to be able to ask these “what ifs” and imagine Asian hobbits or Aragorn as a Black Dúnedain. And maybe one day, these questions and imaginings won’t be confined to just “fantasies.”

Until then, I’m going to keep hoping for the day I get to see the Wunmi Mosaku’s Éowyn exclaim, “I am no man!” as she strikes down the Witch-king of Angmar.

Featured image from Peter Jackson’s The Lord of the Rings: The Fellowship of the Ring (2001).

*Note: In order to be mindful of the history and trauma invoked by the capitalization of “white” as it mimics the language of past and current white supremacist groups, I chose to not capitalize “white.”